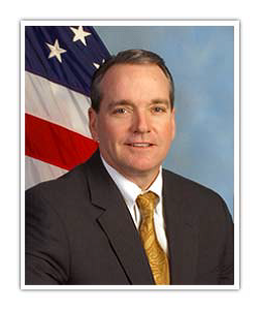 
In July 2012, Mark F. Giuliano was appointed as Special Agent in Charge of the Atlanta Division, after serving as Executive Assistant Director (EAD) of the National Security Branch (NSB). As EAD, he was responsible for ensuring the FBI successfully executes its national security mission to defend the United States and its interests from national security threats, ranging from terrorism to espionage to weapons of mass destruction. He also served as the FBI’s lead intelligence official, responsible for coordination and liaison with the U.S. Director of National   Intelligence and the rest of the Intelligence Community.

With more than 24 years of service to the FBI, Mr. Giuliano brings a wide range of operational and leadership experience to the position. In 2010, Mr. Giuliano was named the Assistant Director of the Counterterrorism Division. Immediately preceding this role, he served as the Deputy Assistant Director of Counterterrorism Operations Branch II where he oversaw all domestic terrorism operations in the United States.

Before joining the Counterterrorism Division at FBI Headquarters, Mr. Giuliano spent nine years in the Atlanta Field Office. In 2005, he was named Assistant Special Agent in Charge of National Security for the Atlanta Field Office. In this capacity, he was responsible for FBI counterterrorism and counterintelligence operations in Georgia, as well as that field office’s multi‐agency Field Intelligence Group and Joint Terrorism Task Force. During his tenure with the Atlanta Field Office, Mr. Giuliano was also designated the On‐Scene Commander for an FBI Task Force of more than 80 individuals in Afghanistan who supported U.S. Special Forces components. In his first role for Atlanta, he supervised the division’s Violent Crimes Squad.

Mr. Giuliano began his career with the FBI in 1988 as a Special Agent with the Washington Field Office, where he worked the Safe Streets program and Gang Task Force. He also served on the Special Weapons and Tactics team as an assault team leader.

Mr. Giuliano holds a degree in Economics from the College of Wooster.